Well, Miss Phoebe is a year and half old today.  Despite her lack of fear and propensity to launch herself off of couches, beds, her brother, and other tall surfaces, we have managed to keep her alive.  Time will only tell if we’ll avoid broken bones or otherwise before she’s 2.  Much like last month, Phoebe has continued to surprise us all (her teachers as well) with her communication skills.  She repeats everything, knows exactly what she wants, and is surprisingly easy to understand… most of the time.

We like to quiz her on her animals and Enzo often joins in as well asking her what sounds various animals make.  He likes to get tricky, though, and will ask her what sound a bald eagle makes or a giraffe.  She tries to copy us when we count, and will pretty much mimic anything that you do. Mostly amusing, but we’ll have to keep an eye on big brother.  He taught her to grunt loudly when she poops (which is harmless), but also encourages her to do things he’s been told not to. So it begins.

She loves to draw, she loves music and singing, and she loves to dance.  She also loves to be outside and it is always a great tragedy when it’s time to come in.  She loves to slide, but is also starting to enjoy swinging as well.  Jumping is also great fun, especially now that she can get both feet off the ground at the same time.

We sing a lot of songs (both kids love interactive songs) and occasionally Phoebe will try and sing them herself.  More often than not, though, she claps along and does hand movements and always says “Yay!” when you finish. If she’s having a day when she doesn’t want to be in the car, I can usually sing a song or ask Enzo to sing to her and she is then happily distracted.

What can I say?  She’s a clever, easy going girl.  She’s finally becoming less of a Mama’s girl, though is still often prone to jealousy if anyone but her is in my lap. I just tell her I have enough love for everyone, and hopefully one day she’ll be less possessive.  Funnily enough, Enzo gets rather possessive of her as well.  When other kids at preschool try to talk to her or hug her, he frowns and says, “That’s MY Phoebe!”  See, Phoebe?  You’re greatly loved. 😉

It’s Friday, which makes me happy no matter what, but today is extra awesome because we’re going to see The Avengers tonight! I can’t even remember the last time we went to an evening show. It’s also going to be a really nice weekend and warm enough to bust out some shorts, so what’s not to love?  I don’t even mind that it’s raining right now and that I’m going to get really wet when I run errands.

You may (or may not) have noticed that I have a new banner!  I’m excited about it, and no, I did not draw it myself. I can’t draw to save my life and I think have lost every single game of Pictionary I’ve ever played.  I’m that bad at drawing. So, I have Jenny from Candy Face Creative to thank for my banner and fun schtuff!  She has a really cute Etsy shop with cards and custom portraits and other sweet print offerings. 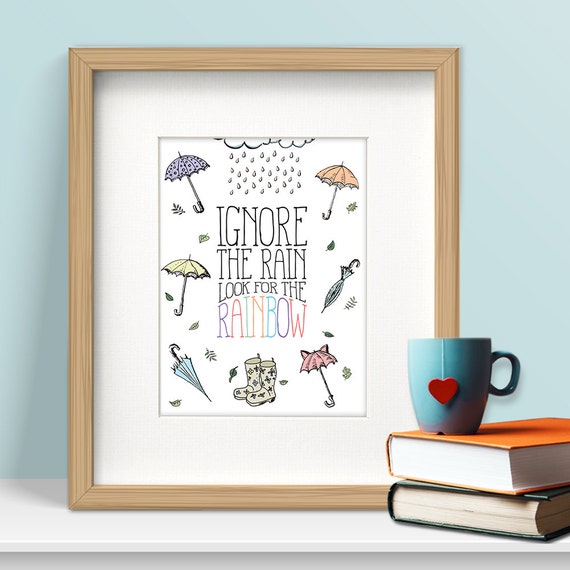 I just felt it was time for something a little more fun that reflected me/us better since blogging has become a fun little hobby that I enjoy.  I’ve always liked journaling and since my memory is horrible right now, it’s nice to have an easy way to go back in time to remember a moment or where we went that one time.  I’ve also enjoyed connecting with new people from various places.  I’m an introvert so meeting people and actually making friends will never be an easy task for me, so it’s nice that the internet has made it very easy to find others with similar interests who in turn become acquaintances I might never have had the pleasure of coming in contact with otherwise.

Anyhoo, thanks to everyone for liking the new Facebook page as well!  I just thought it would be nice to keep the blog posts separate from my personal page… because.  I don’t expect to get hundreds and hundreds of followers, but it’s nice to separate the two so I can keep some things private and share other things more freely.

We have returned safely from the warmth of sunny California to the cold embrace of gray Minnesota.  I’m not sure why people bother traveling to warmer places in the winter when it’s twice as depressing to return and then you have to get used to the cold all over again and sadly put away all warm weather attire for who knows how many more months.  Rant over, and California post to come.  In the meantime, how about a post with just random pictures I took and only slightly have something to do with anything?

For me, the hardest thing about coming back from vacation is… everything. Bags are unpacked, though, and half the laundry is done as well as shopping.  The kids managed to give the house that nice lived-in feel within hours of being home, so it’s almost as if we never left.

I think this morning was rough on all of us, partly because of the time change and partly because who wants to go to work/day care after so much playtime?  Both kids found bedtime to be difficult last night, so Josh had to rock Phoebe to sleep for a while, and Enzo watched some Downton Abbey with me. The stinker couldn’t have been more adorable as he quietly watched with me, sneaking little smiles at me every so often.

Anyhoo, I have (very few… whoops) pictures to upload and lots to think about after our trip, as well as Phoebe’s 15 month check-up tomorrow, so life goes on and off I go!

It’s certainly not perfect and there are still a lot of little changes I need to make, but here we are… the new blog with name change since there are no longer three of us and I wanted something I wouldn’t have to change again. The banner is a little cutesy right now, but I’m hoping to have someone draw something a lot better soon!

In the meantime, for anyone who follows me, you now want to follow: www.dinosandbunnies.com.

And now to go catch up on a plethora of things. How can it be a new year and already I feel like I have so much to catch up on? Between sick kids and apparently too much relaxing via reading and watching shows, I now need to get back on track. I’m actually looking forward to getting back into a routine again, though I will miss not working. 😉 Oh, to be a lady of leisure.