I filled this out last year thanks to Jamie and now I’m joining in again!  I think this year I need to keep better notes so it’s easier to fill out.

Number Of Books You Read: 53
Number of Re-Reads: 0
Genre You Read The Most From:  Contemporary Fiction

So hard, but I’m going to say The Name of the Wind by Patrick Rothfuss.

Truly Madly Guilty by Liane Moriarty. I love her books, but this one just fell kind of flat for me.

The Winter People by Jennifer McMahon. I wasn’t exactly sure what to expect with this book and it did end up surprising me in a sort of eery and creepy way.

Hmm… I can’t think of just one book I really “pushed” on anyone this year… maybe The Name of the Wind?

I didn’t really go outside my comfort zone this year. Something to remedy in 2017!

With so many books to read I don’t know that I’ll re-read any that I read this year, to be honest. 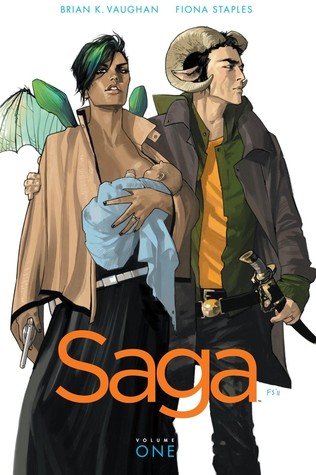 I spent a lot of time with Clare and Jamie Fraser this year, so I’m going to say that they tie. Ha!

I cannot choose… Diana Gabaldon is so good with words.

You Are a Badass: How to Stop Doubting Your Greatness and Start Living an Awesome Life by Jen Sincero I think I actually need to re-read this and remind myself again.

All of the Outlander books!!!

The Name of the Wind by Patrick Rothfuss

How can you pick just one???

“Imagine what our world would be like if everyone loved themselves so much that they weren’t threatened by other people’s opinions or skin colors or sexual preferences or talents or education or possessions or lack of possessions or religious beliefs or customs or their general tendency to just be whoever the hell they are.”
― Jen Sincero, You Are a Badass: How to Stop Doubting Your Greatness and Start Living an Awesome Life

The Grownup by Gillian Flynn (Shortest)

I’m struggling to answer this one… I can’t think of one that really left me with this feeling, though. Bad, Blogger!

(OTP = one true pairing if you aren’t familiar)

19. Favorite Non-Romantic Relationship Of The Year

Ian and Rollo from the Outlander series.

20. Favorite Book You Read in 2016 From An Author You’ve Read Previously.

Can I just say anything in the Outlander series because those are my favorite reads this year. I promise 2017 won’t be all things Outlander. 😉

21. Best Book You Read In 2016 That You Read Based SOLELY On A Recommendation From Somebody Else/Peer Pressure:

Cinder by Marissa Meyer.  Everyone kept talking about it and I doubted it, but ended up reading the whole series.

Malachi from the Irin Chronicles.

Oh wow… I apparently only read four books from 2016 in 2016 and only one was a debut. Ha!  I’m going with The Serpent King by Jeff Zentner.

Okay, I won’t go with my obvious choice here and will branch out. The Throne of Glass series is really well described, but I’m actually also going to go with The Goldfinch by Donna Tartt.  She paints a very vivid picture with her words.

Even when they aren’t the best, I’ve been reading the Shopaholic books since the beginning and even when it’s over the top ridiculous, I always smile, so… Shopaholic to the Rescue by Sophie Kinsella

The Serpent King by Jeff Zentner, Farewell to the East End by Jennifer Worth

I feel like anything good I read isn’t a hidden gem.  I could tell you the potential pieces of poo to avoid, however. 😉

The Serpent King by Jeff Zentner

The Snow Child by Eowyn Ivey

The Goldfinch brought out a lot of emotion and at times anger, as well as sadness and frustration. I won’t lie, it was a tad depressing.

There’s actually a large stack of these that I will attempt to get through, but I should warn you now… 2017 is the year of all things Tolkien.  I’m re-reading The Hobbit and LOTR, but also going to be reading other Tolkien books as well and getting ready for Tol-Con 2017 in November!!

4. Series Ending/A Sequel You Are Most Anticipating in 2017?

The last Throne of Glass book!

5. One Thing You Hope To Accomplish Or Do In Your Reading/Blogging Life In 2017?

I want to be better about reviewing books and keeping track of them.  There are a few books where I can’t remember anything about them and yet I know I read them.  Books and related geekdom are going to be a huge part of my 2017, though, so we’ll see what happens!