I may end up finishing a book or two before the year is actually over, but here we go.  A mostly finished year in reading thanks to an (edited) Survey created by Jamie!

Number Of Books You Read: 58
Number of Re-Reads: 4
Genre You Read The Most From: Contemporary Fiction

This is always the hardest question to answer.  I’m going with All the Ugly and Wonderful Things by Bryn Greenwood, though.  For taking us to dark and scary places and daring us to find beauty in something that we feel we shouldn’t. 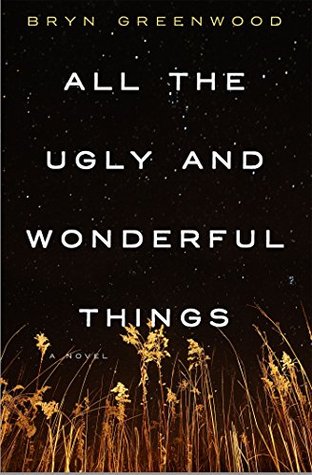 I still enjoyed it, but I felt like Tower of Dawn by Sarah J. Maas kind of dragged in comparison to the other books in the series.  I didn’t love it as much as I was hoping to.

The Secret History of Wonder Woman by Jill Lepore. There were definitely a few surprises – at least for me.  I knew some history, but this filled in some blanks.

I’m a terrible book pusher.  I really should be better about that.

Best Series Started: Honestly, I wasn’t that impressed with any of the series I started this year.  The Diviners was okay, and War Cross was lacking.

Best Sequel:  Read a few sequels this year.  Loved Saga #5 and for romance The Staff and the Blade

Fredrik Backman.  He definitely grew on me fast this year.

I’m going with Blankets by Craig Thompson. Not because it’s a graphic novel, but because of the heavy religious tones, which I typically avoid.  His art alone is worth picking this book up for, though.  Such a talented artist.

In a Dark, Dark Wood by Ruth Ware – This wasn’t a great book, but I did get sucked in at first despite there being issues.  It ended up being a quick read, though.

Probably Harry Potter and the Cursed Child because 2018 seems like a good year to re-read the whole series again.

Not a character per se, but the character(s) she has played are indeed memorable – Carrie Fisher.  It was a sad year with her passing at the very end of 2016, and I picked up Wishful Drinking, which was really interesting and humorous. I’ll be picking up her other books in the future.

All the Ugly and Wonderful Things by Bryn Greenwood.  This was not an easy book to read for a number of reasons, and is highly controversial, but was so well written. 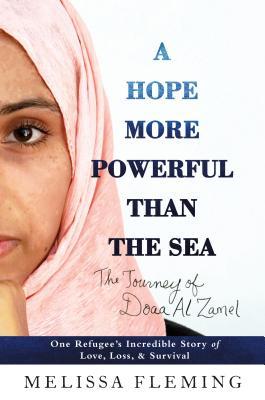 Harry Potter and the Cursed Child – I’m a big Harry Potter fan, so the fact that I waited this long is a bit of a surprise.

I can’t pick just one… so you’re getting several.

“People in the real world always say, when something terrible happens, that the sadness and loss and aching pain of the heart will “lessen as time passes,” but it isn’t true. Sorrow and loss are constant, but if we all had to go through our whole lives carrying them the whole time, we wouldn’t be able to stand it. The sadness would paralyze us. So in the end we just pack it into bags and find somewhere to leave it.”
― Fredrik Backman, My Grandmother Asked Me to Tell You She’s Sorry

“For me, faith involves staring into the abyss, seeing that it is dark and full of the unknown—and being okay with that.”
― Nina Riggs, The Bright Hour: A Memoir of Living and Dying

“You can look up keening in the dictionary, but you don’t know what it means until you hear somebody having their heart ripped out.”
― Bryn Greenwood, All the Ugly and Wonderful Things

The Lake House by Kate Morton

I’ve said it before, but Clare and Jamie for life.  Haha!

19. Favorite Non-Romantic Relationship of The Year

The trio of characters in Mr. Mercedes.  They’re an unlikely trio, but I loved Bill, Holly and Jerome’s unlikely friendship.

20. Favorite Book You Read in 2017 From an Author You’ve Read Previously

Is it cheating if I say the LOTR trilogy?  Haha!  Probably.

21. Best Book You Read In 2017 That You Read Based SOLELY On A Recommendation From Somebody Else/Peer Pressure:

I don’t think I read any books solely based on a recommendation by someone else.  Most I had my eye on or were just random ones I picked up.

I can’t say I really fell hard for anyone this year.

There weren’t many to choose from on my list, so I’m going with Tower of Dawn by Sarah J. Maas

Honestly, it was the way she wrote about the city and the paintings and apartments. I felt like I was in the room and could see everything around me.

The Readers of Broken Wheel Recommend by Katarina Bivald

The Bright Hour by Nina Riggs

Can’t say I read any hidden gems.  I think I read more stinkers this year than usual.

All the Ugly and Wonderful Things by Bryn Greenwood

Honestly, I really didn’t branch out this much that year, so I can’t say that I read anything terribly unique.

1.  Did you complete any reading challenges or goals that you had set for yourself at the beginning of this year?

Surpassed my Goodreads goal of 55 books this year!

Time to finally read A Game of Thrones.

I’ve got a large stack of books to get through… several that I’m looking forward to!

4. Series Ending/A Sequel You Are Most Anticipating in 2018?

The Throne of Glass series by Sarah J. Maas